Change was a laid back Shifter.

Change is a Time Shifter that looks like a walking purse. He can hypnotize people using the persuasion of wealth. It can make real money by eating takoyaki, the amount he gives depends on how good the takoyaki was. Anyone who climbs into his purse will be converted into money.

Eldora's power was shown to be able to counter Change's own wealth related powers. 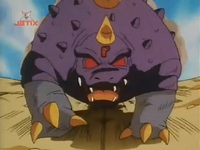 Change-Con (which looks like Change but bigger and has spikes all over his body) can shoot gold bullions. 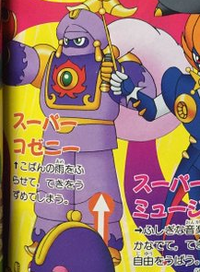