Doron (ドロン) is a Time Shifter. Due to some similarities, it is likely the final developed version of Ekoeko.

Doron is quite cheerful and can be a prankster.

Doron has the power to create illusions. 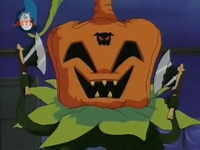 Doron-kon specializes in creating fear and terrifying people. He attacks with vines and axes. 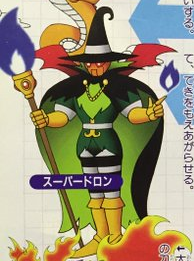 Never Shown Outside of the show, it was featured as a witch complete with broom.

"Doron" means "absconding" or "leave hurriedly and secretly to escape".

Retrieved from "https://flintthetimedetective.fandom.com/wiki/Doron?oldid=8209"
Community content is available under CC-BY-SA unless otherwise noted.