He is based upon a unicorn with wings. He is based by, Dr. Osamu Tezuka's Unico, have two forms, a baby form and an adult form.

Unita in the manga 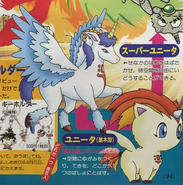 Unita is a loner compared to other Shifters, he likes to roam around the Timeline by himself. Even after befriending Flint, he did not return with Flint to the 25th century. He is mistrusting of others and reluctant to let anyone get close.

As well as flying, Unita can use telepathy to communicate with people. 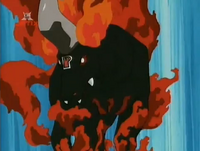 Unita-kon has the power over fire, water is his weakness. 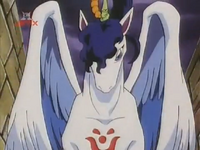 Unita master has telekinetic powers on top of his telepathic ones. It can also keep up with Wing, though cannot keep pace with Wing Master.